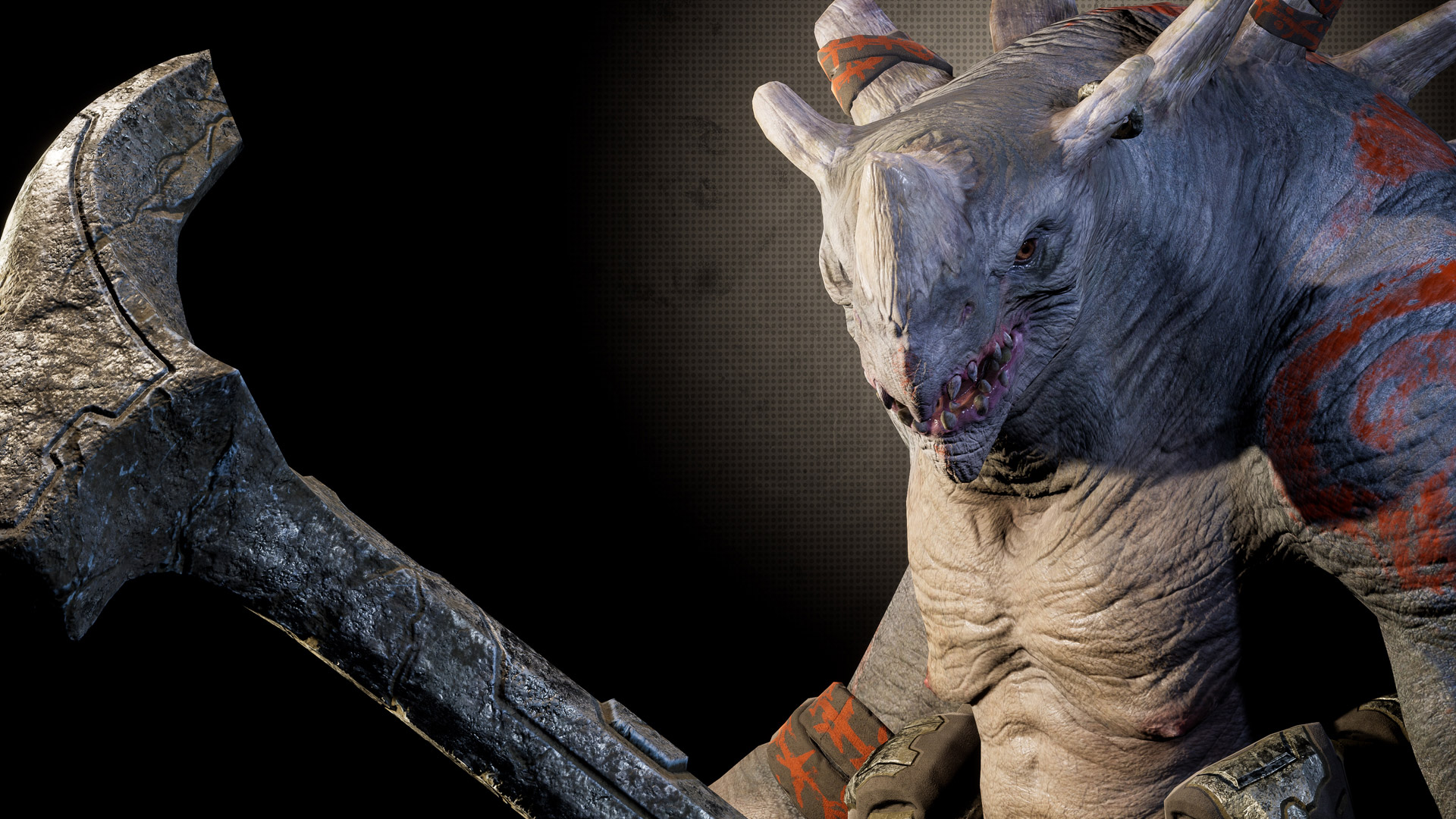 Grux is a melee diver who uses his mobility and positioning to land devastating abilities against enemy teams. Crushing Blows enables his basic attacks to do massive damage after using his abilities, meaning Grux can devastate entire enemy teams when he lands a perfectly timed Seismic Pull to bring his foes right to his feet. Cleave allows Grux to shred the armour from his enemies while dealing heavy duty damage. If he needs to reposition in battle, Grux can perform an Okeros Charge, which also allows him to knock up an enemy hero if they are in his way. When times get tough, Grux's can unleashe his Challenger's Rage, making his basic attacks and abilities deal even more damage for a time. Position well and time Grux's abilities perfectly to lay waste to entire enemy teams with ease.

Description
Grux gains a stack of Crushing Blows for each unit damaged by one of his abilities, up to 5 stacks. Using Basic Attacks within 6 seconds of gaining a stack consumes one stack, dealing on-hit Physical Damage. This bonus damage ignores Physical Armour.
Video Coming Soon
LMB

Description
Grux channels for up to 1.6 seconds, increasing Seismic Pull\'s range and narrowing over the first second, then increasing the damage over the last second. Once the channel ends, Grux smashes the ground, dealing Physical Damage and Pulling enemies within range, Suppressing them during travel.
Video Coming Soon
E

Description
Grux charges forward, dealing Physical Damage to enemies he collides with, pushing minions to the side. If Grux collides with an enemy hero, Okeros Charge ends early and Knocks Up the first enemy hero contacted.
Video Coming Soon
R

Description
Grux lets out a monstrous roar, increasing his Physical Power for 10 seconds and granting stacks of Crushing Blows. Grux is unstoppable while he roars.
Video Coming Soon
RMB 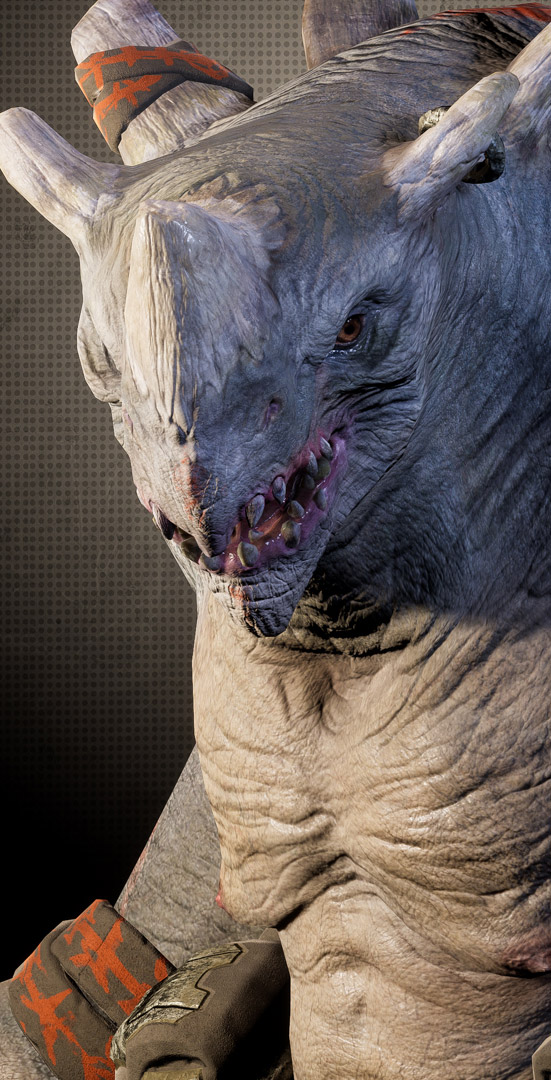 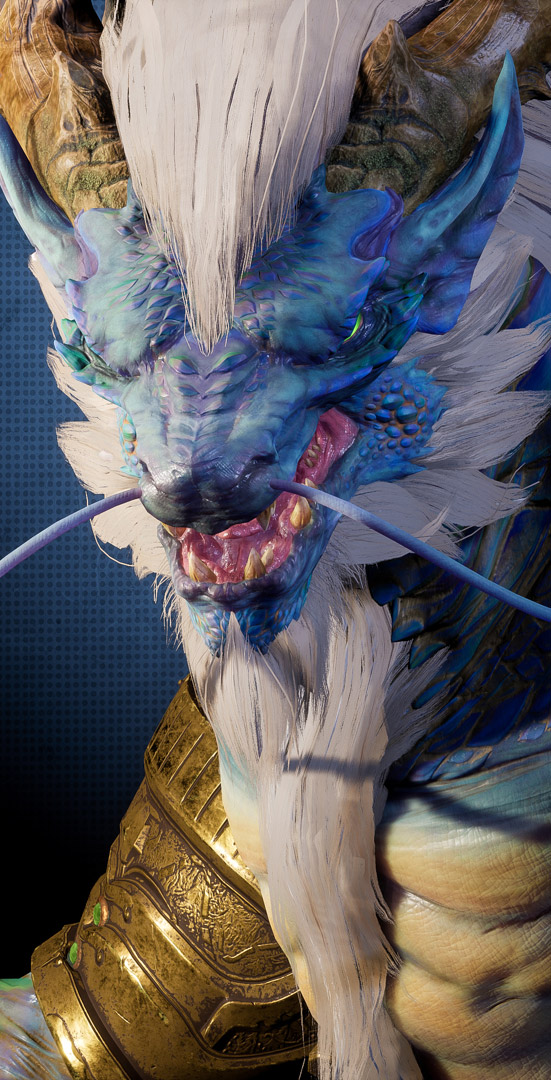 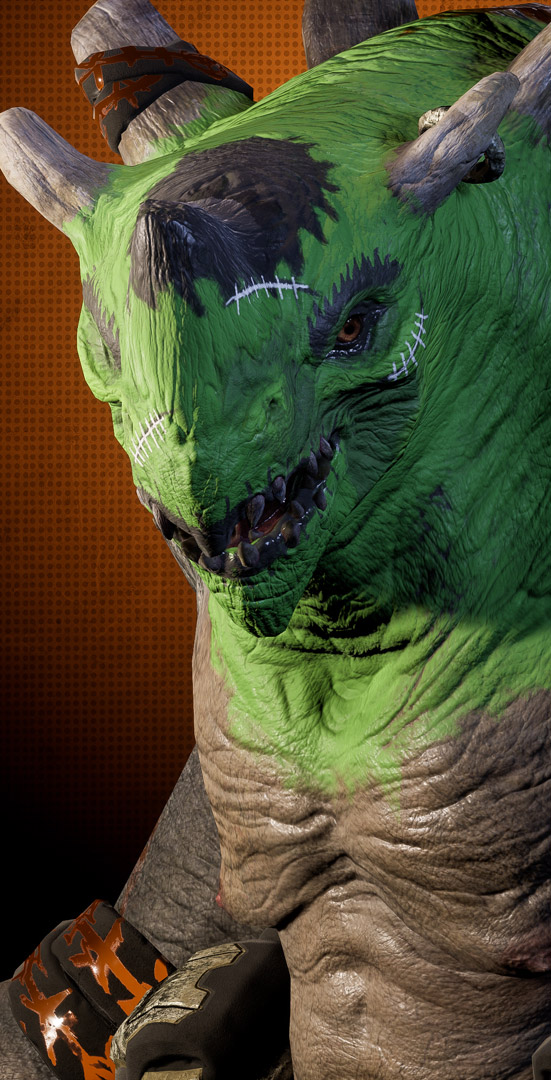 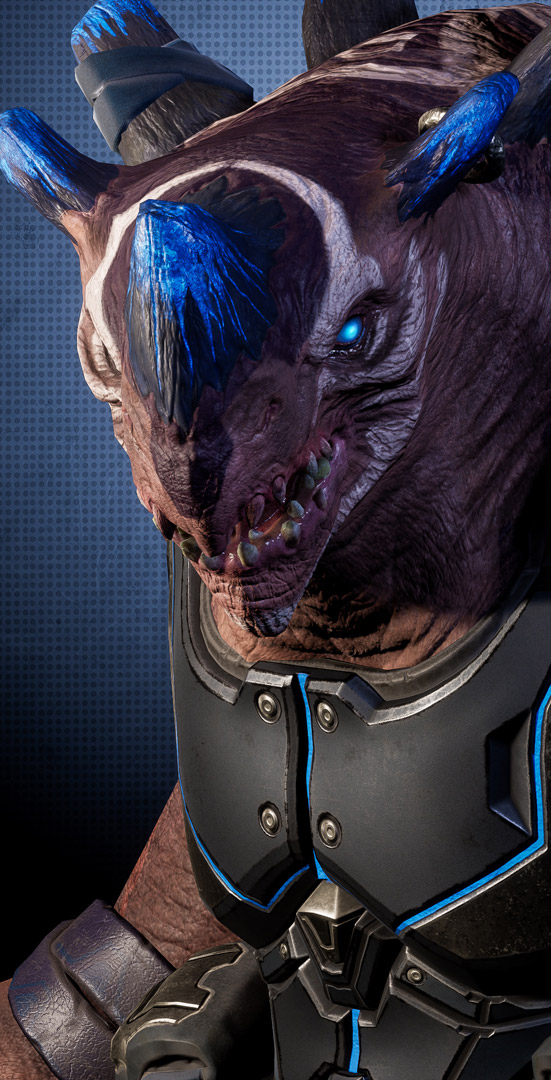 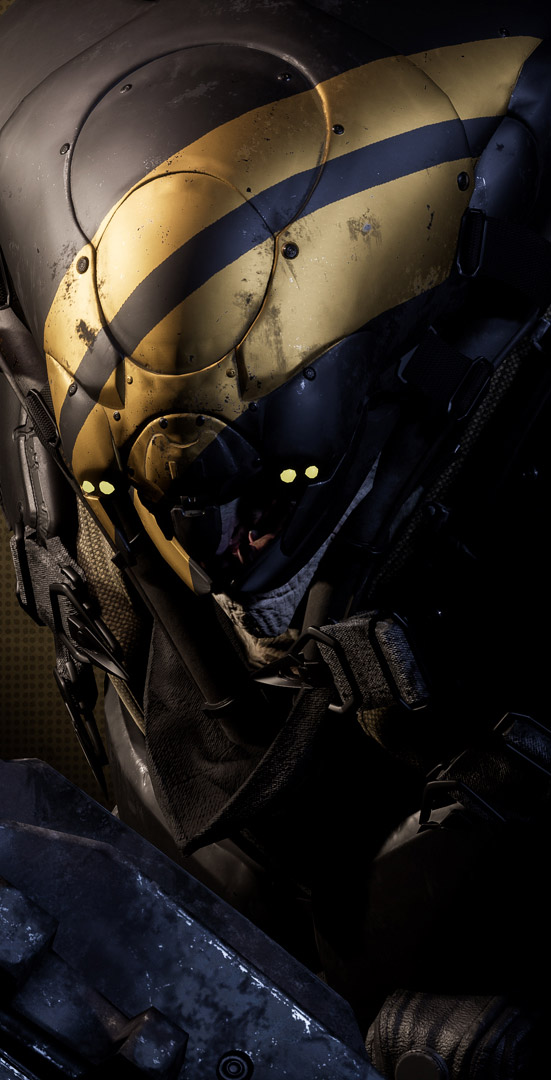 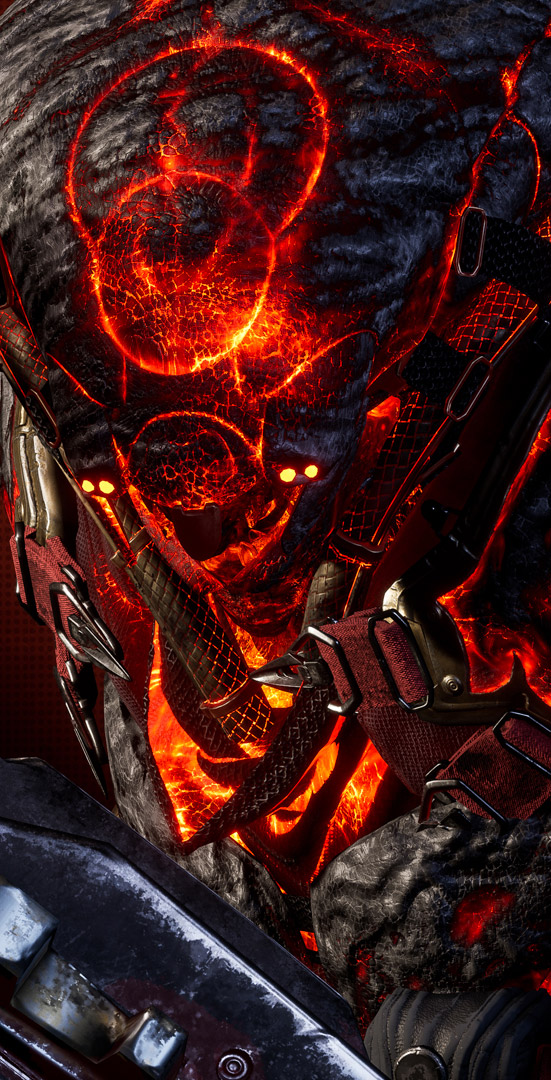 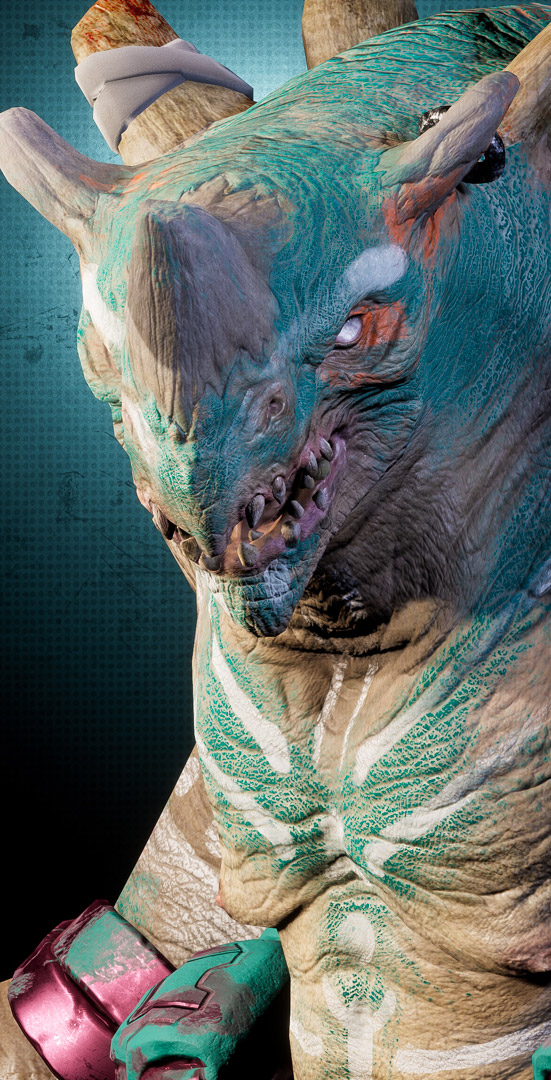 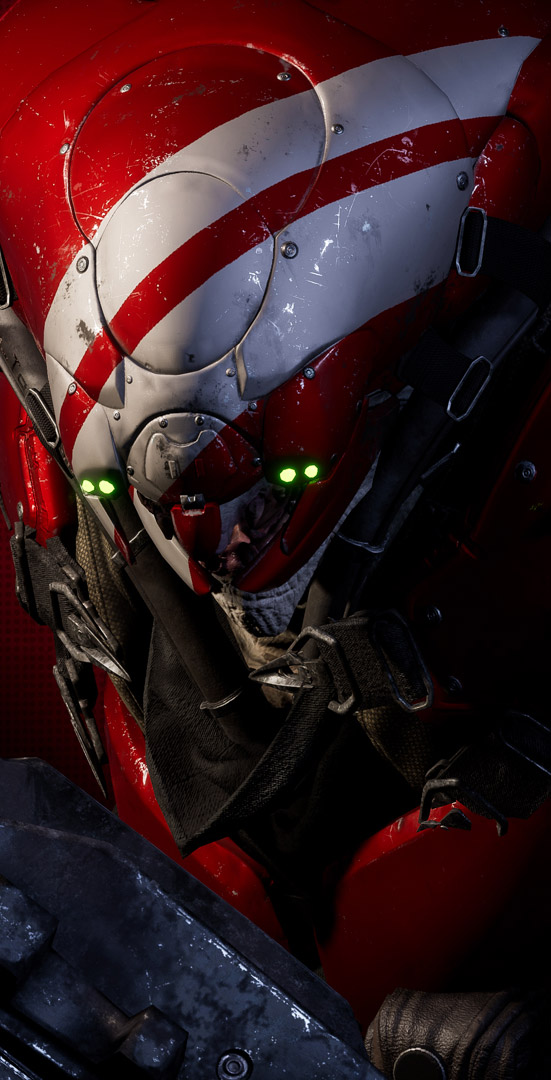 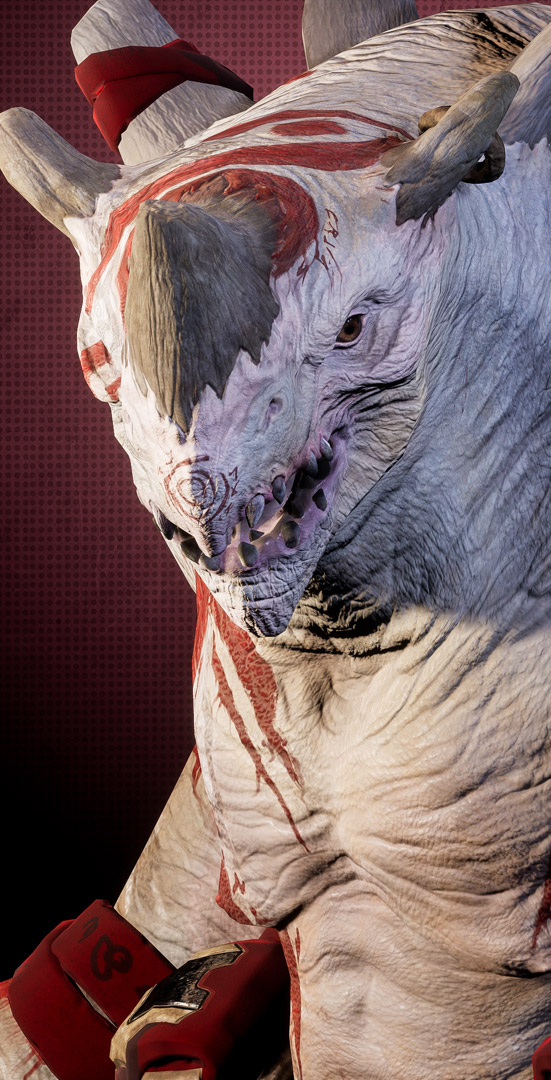