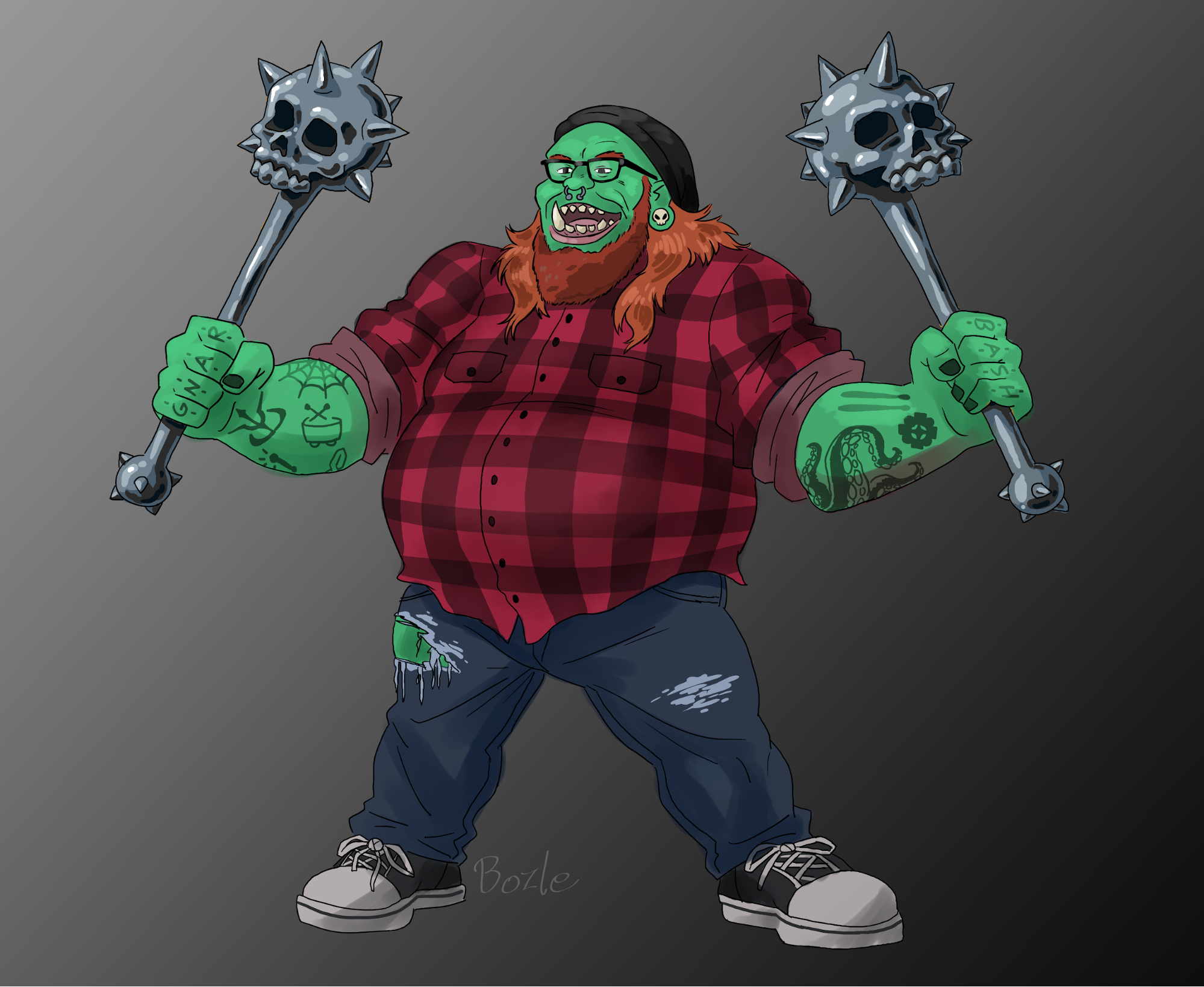 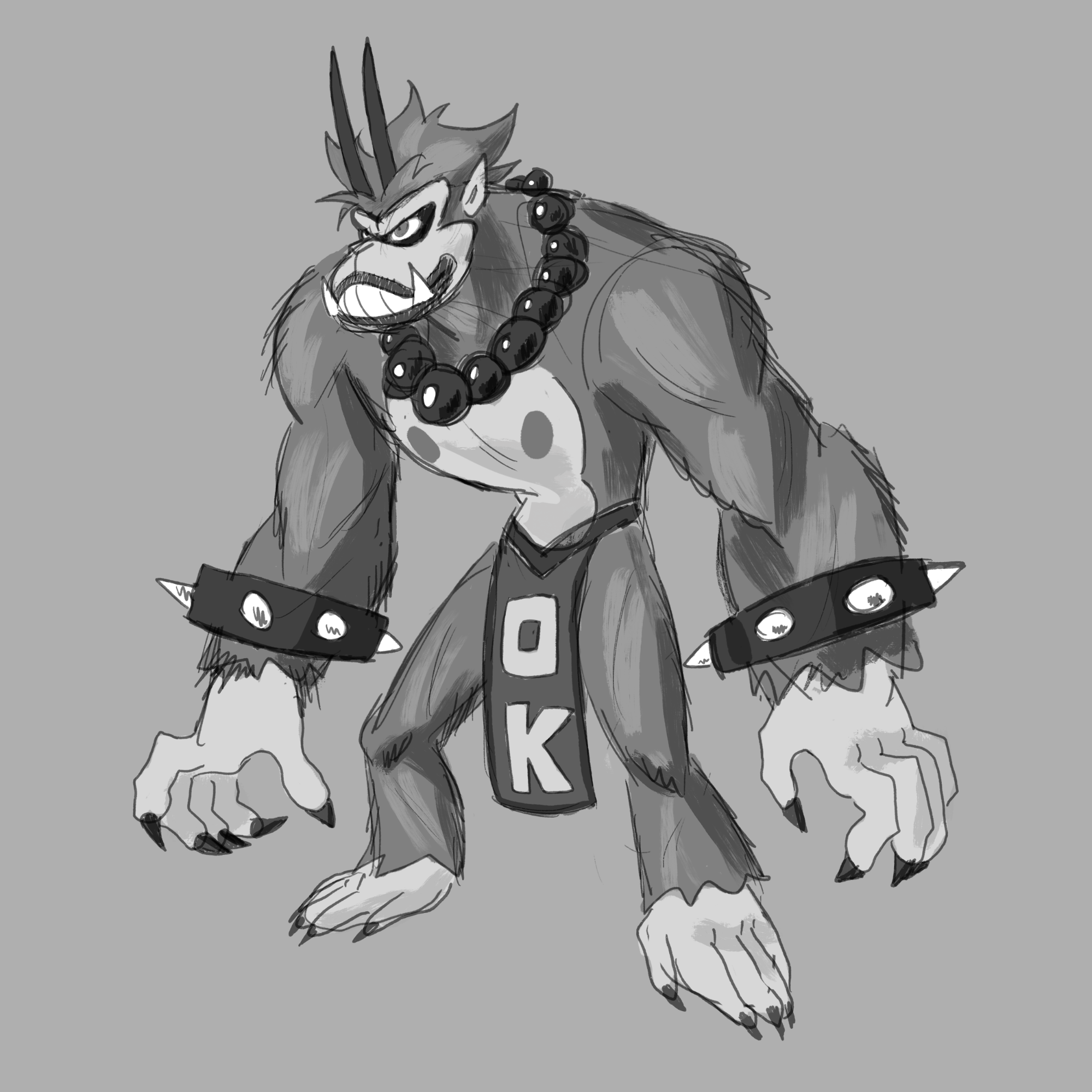 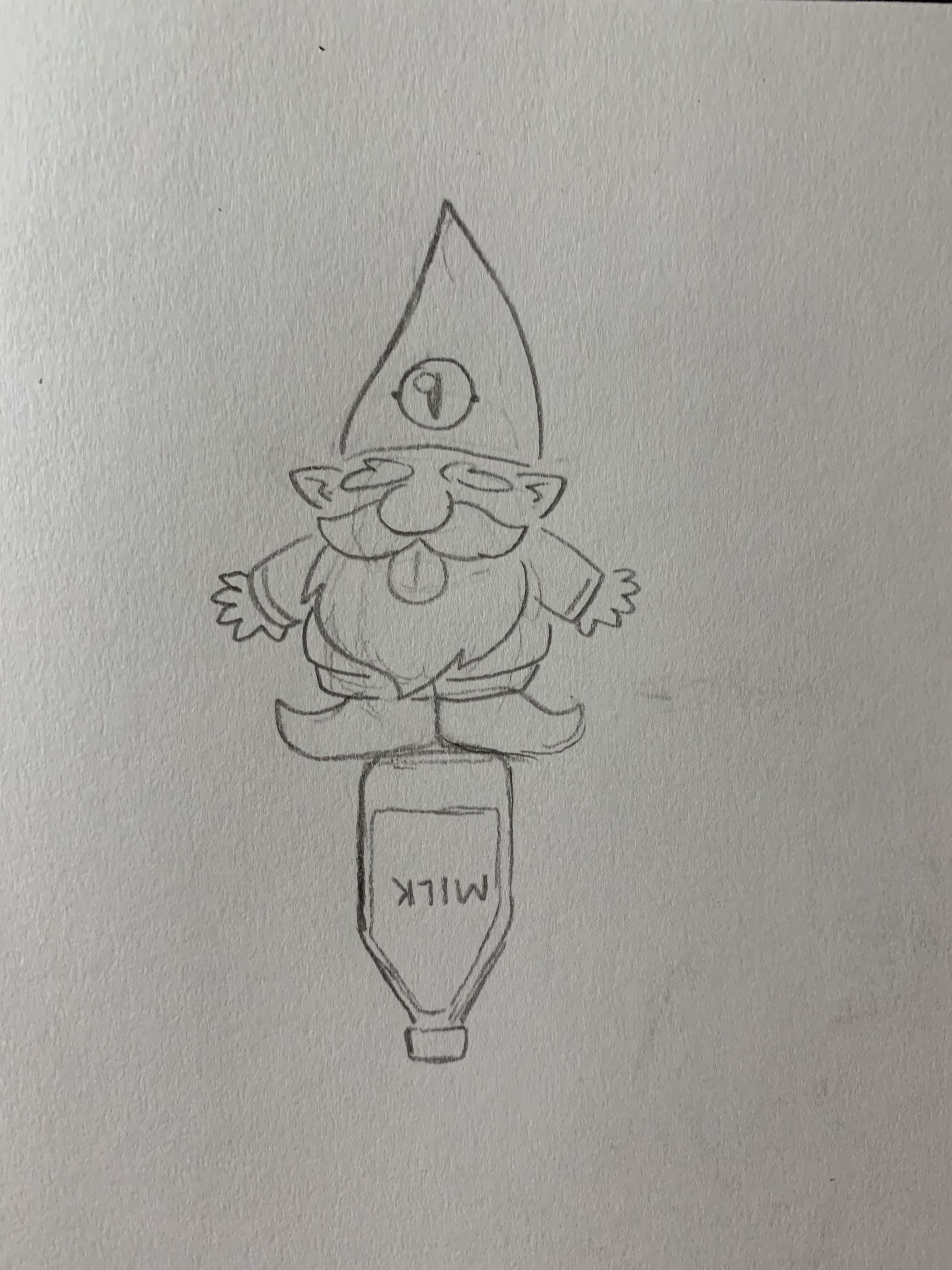 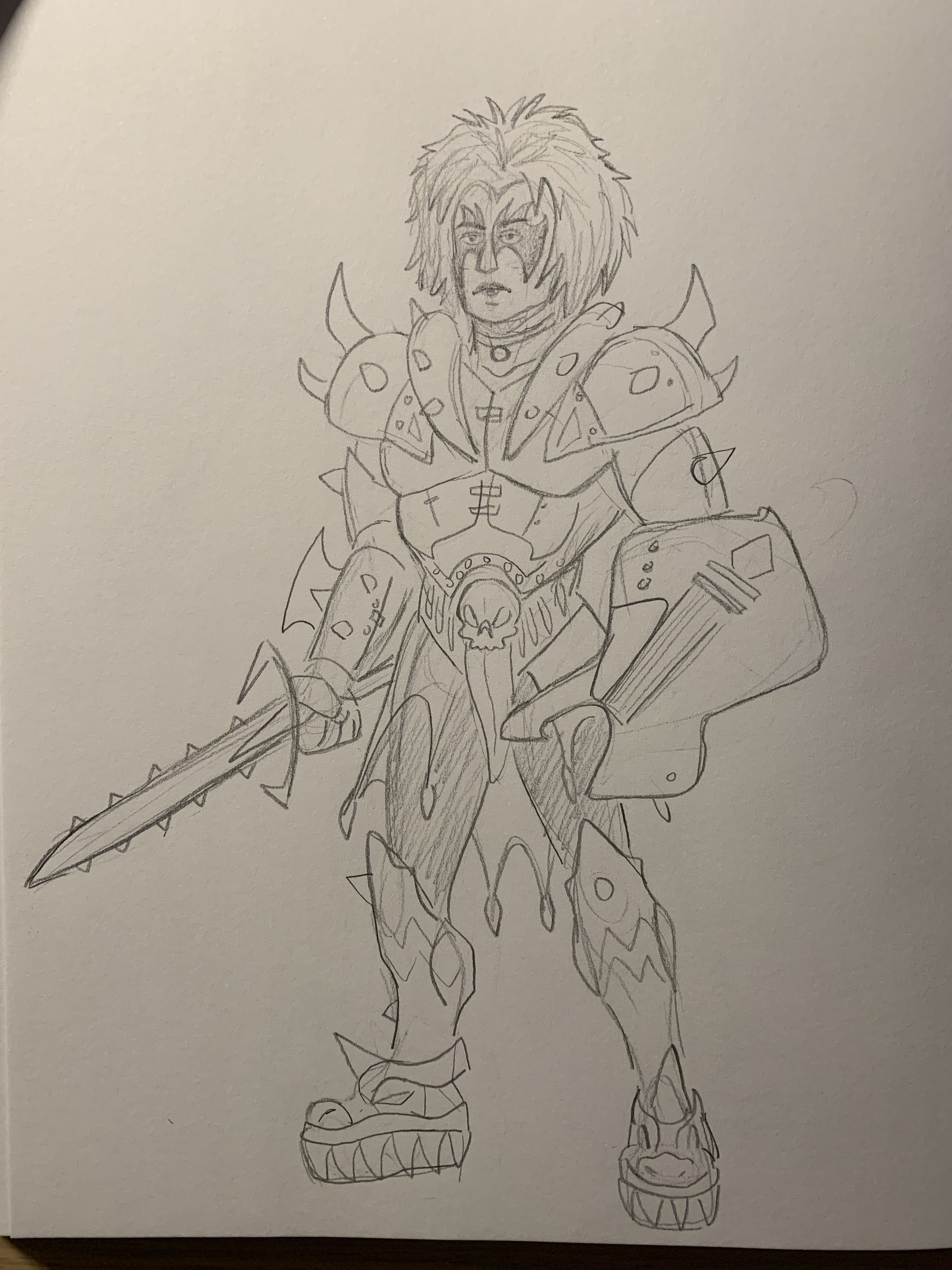 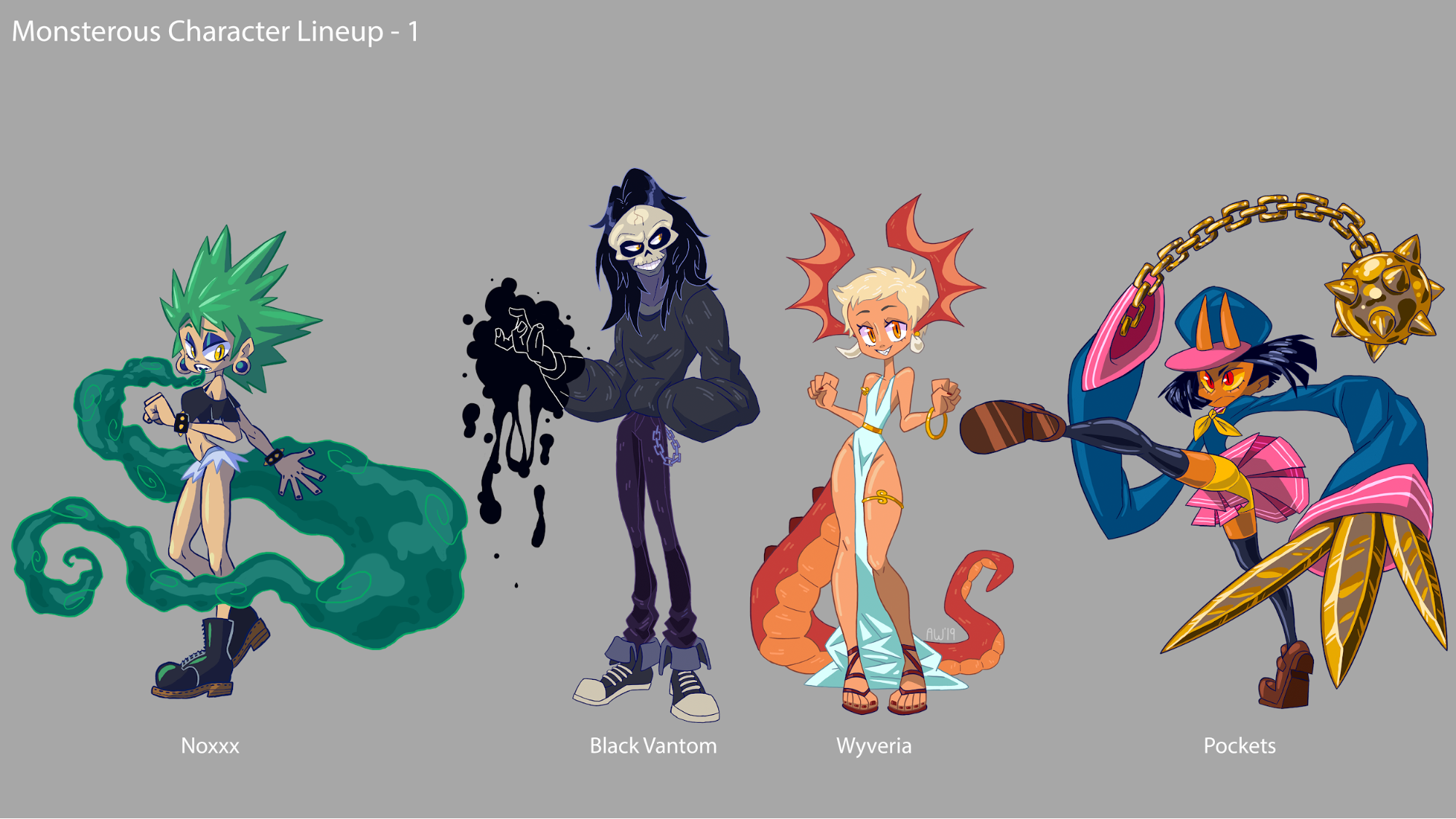 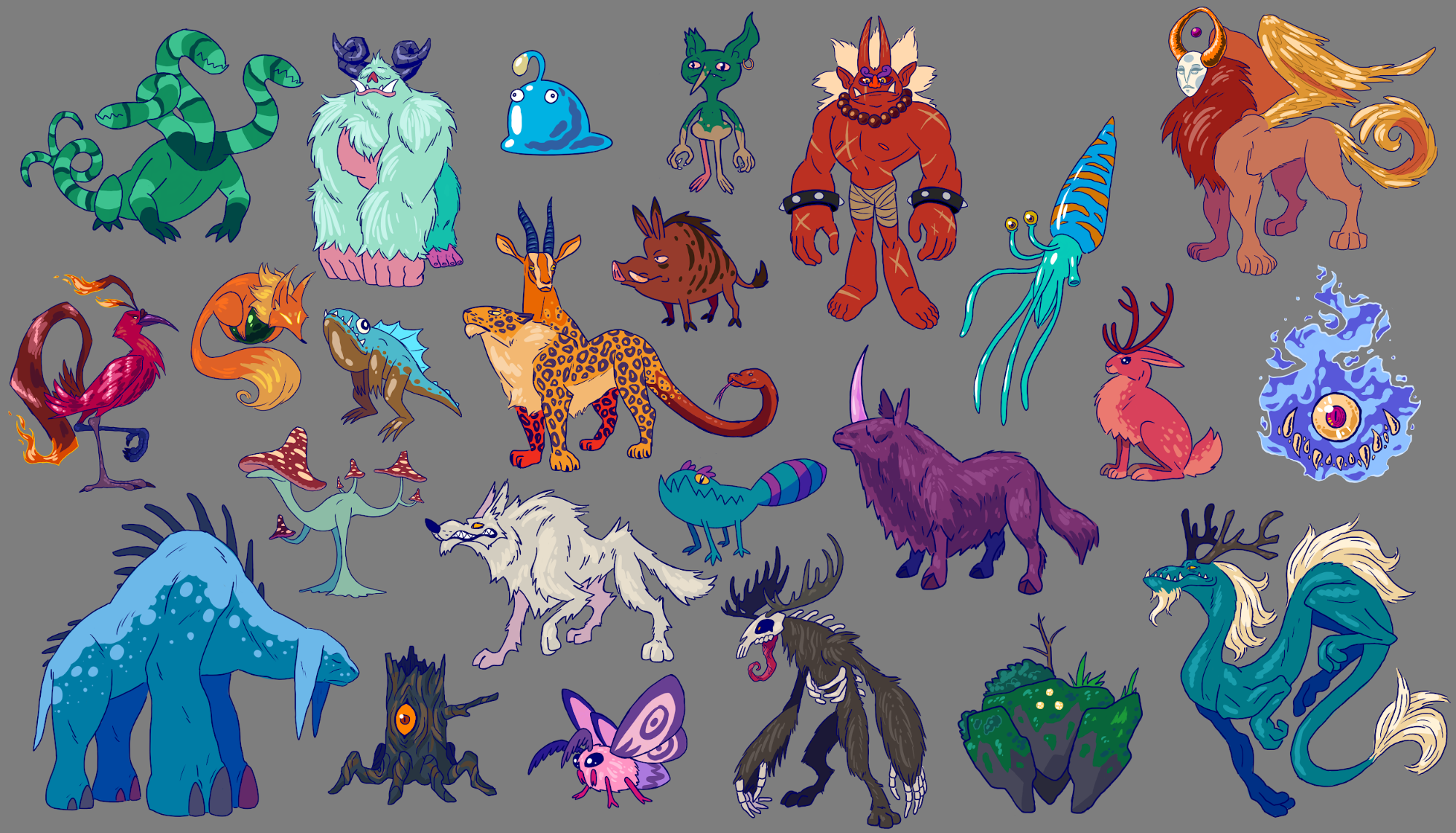 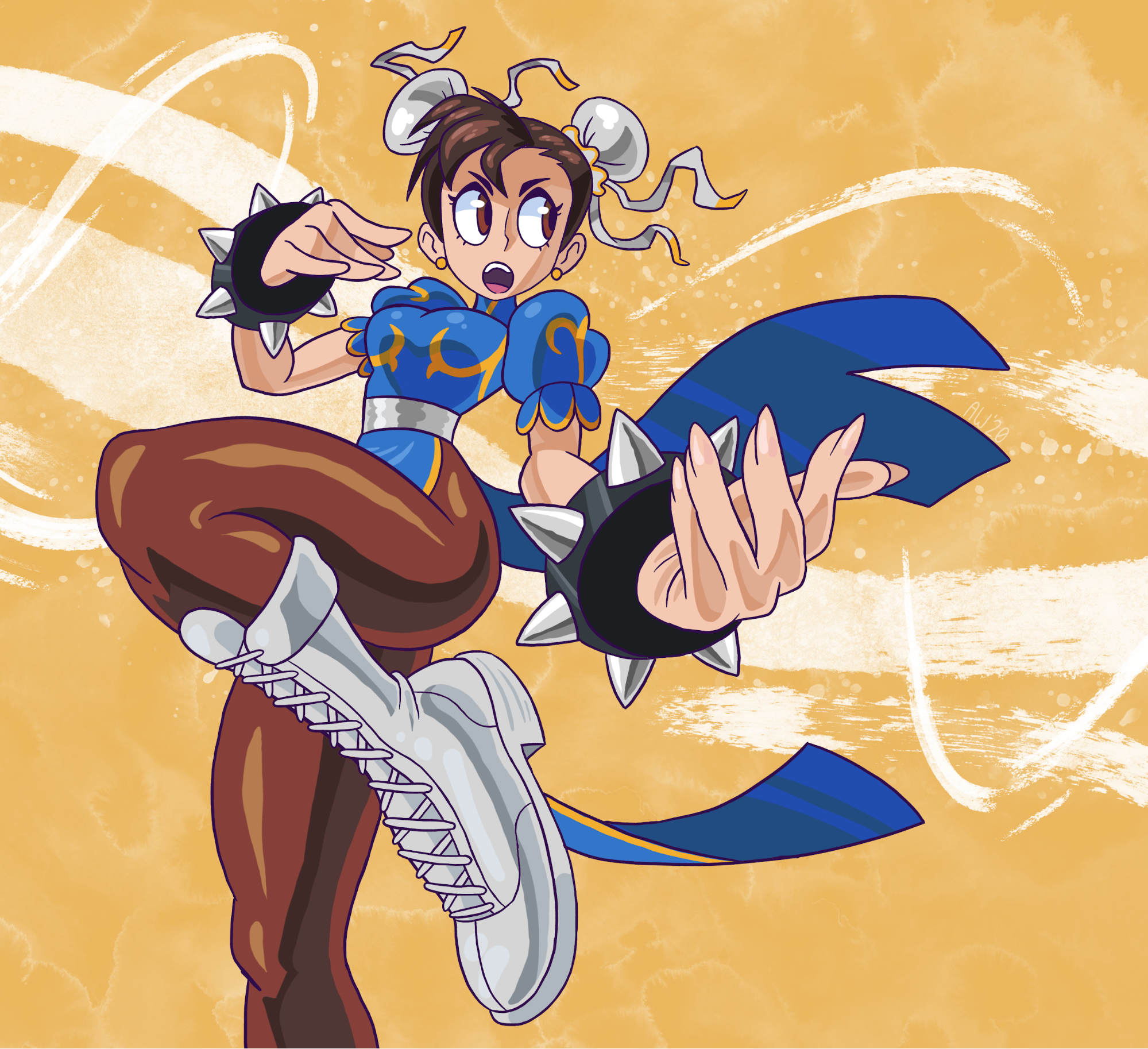 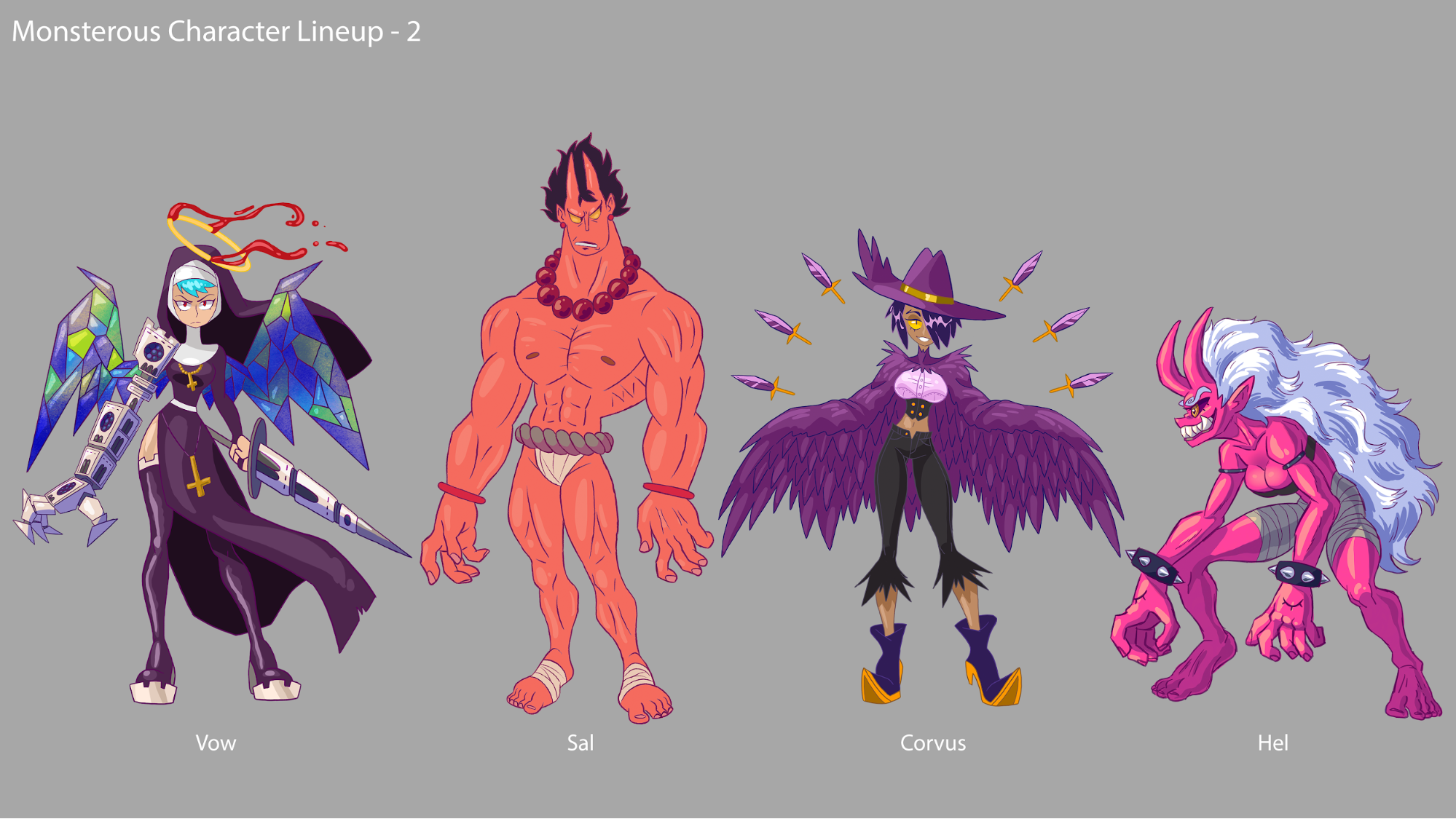 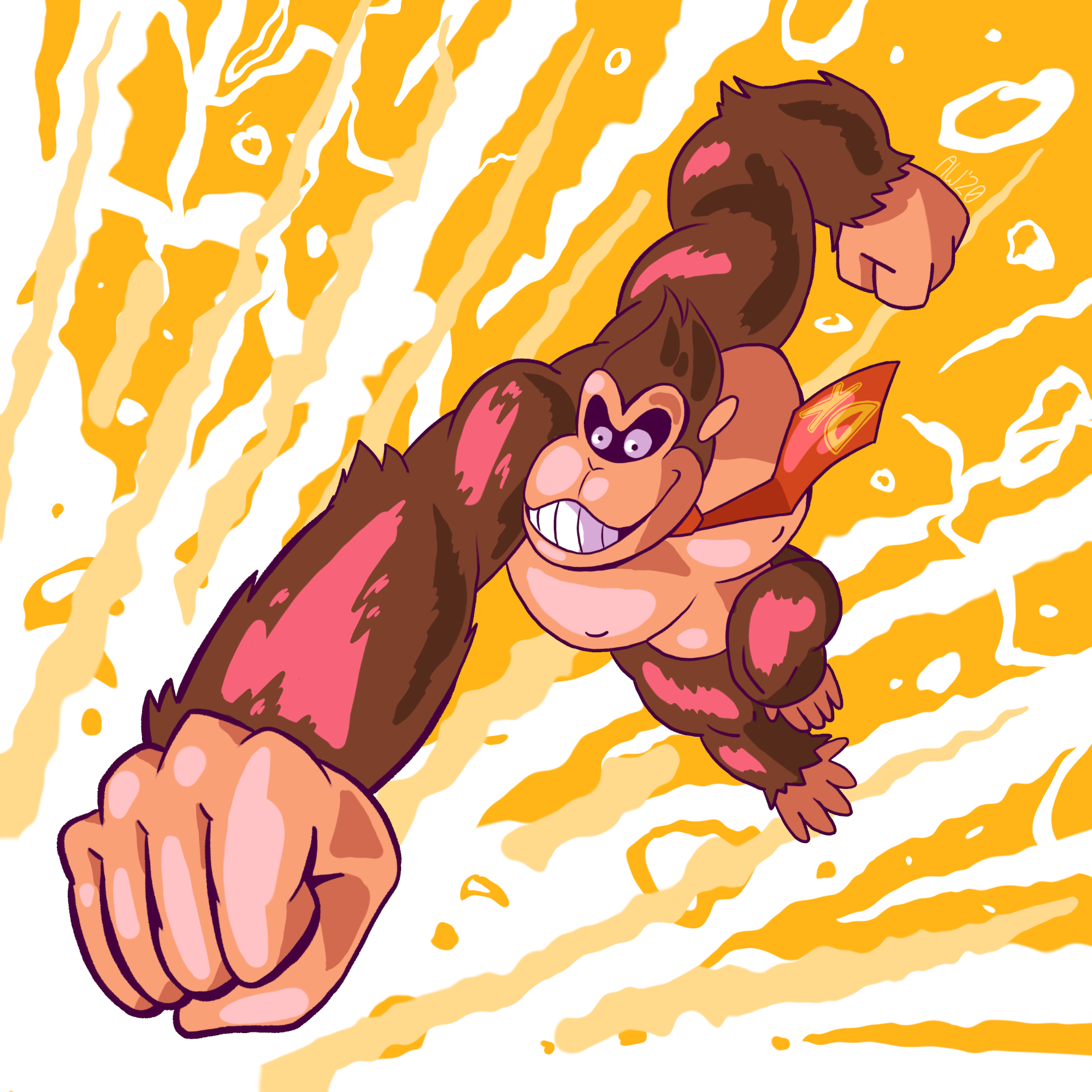 Greetings! Let’s get you introduced to our wonderful community. Tell us a bit about yourself.

Hi, I’m Alec, or as most of you probably know me, TheBozle! I’m a freelance storyboard artist with a love for character design. You might’ve seen me around in Russ’s stream, or ingame whiffing my important CC abilities during a big teamfight. It's an honor to have the opportunity to be included in the community showcase as well as being a part of this cool community and watching the development of this game alongside everyone!

Q) When creating new pieces of art, how do you usually get started? What gets you inspired to keep creating?

A) My main driving force to draw is that I love creating characters while also giving them a story that can be communicated through a design. I get these ideas in my head and I have to put them on paper to see if I can match what I had envisioned. Sometimes they turn out how I’m picturing and sometimes they don’t, which isn’t necessarily a bad thing, and can even lead to coming up with a design that is better than I had originally imagined. A lot of the time though I’ll open up my sketchbook to warm up with no plan or idea what to draw and I’ll just let my hand carry the pencil and see what comes of it. In terms of inspiration, I’m always inspired by cartoons and the works of other artists. Nothing gets me as jazzed to draw as seeing an absolute banger of a drawing that someone else made. It fills me with a feeling of “dang, that drawing is so rad, now I wanna make something rad!”.

Q) How did you get into creating art? How long have you been doing it?

A) I’ve been drawing longer than I can remember. When I was younger I had a really bad habit of drawing on the edges of any piece of paper that was put in front of me, which got me in trouble during school a lot since I usually wasn’t paying attention while I was doodling. I always wanted to work in cartoons, ever since I was little. I loved watching Dexter’s Lab, Pokemon, Powerpuff Girls and Digimon as a kid, and would draw the characters in my notebooks and make up my own cartoon character’s for my own imaginary series. In high school I got hooked on Adventure Time (which I still rank as my all time favorite show) and it completely blew my mind. I’d never seen a show that was so unique and different from other cartoons. There was such a perfect balance of humor and sincerity, as well as having my favorite characters and lore. Adventure Time lit a whole new creative fire underneath me, and from that point forward I knew that I wanted to create characters and stories that had the same level of magic and creativity.

Q) Who is your favorite artist?

A) This is a tough one, since I have so many favorites for so many different reasons. Lately I’ve been really into reading manga and am a big fan of both Yusuke Murata and Kohei Horikoshi’s work. Yusuke Murata draws the One Punch Man manga series for Jump! and man, his art is on a whole other level. Every single drawing he creates is so dynamic and expressive, and his designs are all top notch. He’s well known for his ability to draw characters from impressive angles and for how well he can draw action scenes. Kohei Korikoshi, is the creator of My Hero Academia. With Horikoshi’s art, it's the style that grabs me. I really like his take on super heroes, and how different it is from Marvel and DC while still drawing inspiration from them. The character designs he creates are all really original as well.

In terms of an artist I admire in terms of their nonhuman designs, I am heavily inspired by Ken Sugimori, the original character designer for Pokemon. I love monster designs, and I love how Pokemon has really found this perfect balance of detail and simplicity. As a kid I used to collect Pokemon cards and try to recreate the illustrations.

Mariel Kinuko Cartwright and Kinu Nishimura are two artists that have done art for various video game franchises that I’m a big fan of. I want to be able to draw characters as beautifully as they both do. Kinuko has a really distinct style that is cartoony but still manages to capture realistic anatomy and proportions, I love how much texture and energy is imbued into her lineart and coloring style too.. I’m a big fan of her animation work on Skullgirls and Indivisible. Nishimura did a lot of the illustrations for Street Fighter back in the day. She draws the best Chun-li, hands down, I strive to draw her as good as she does.

Lastly I have to give a big shout out to Pendleton Ward, the creator of Adventure Time. I don’t know if I would be the same artist that I am today if it wasn’t for his work.

Q) How did you find out about Fault?

A) I used to play Paragon back in the day, I was gifted an alpha key by our favorite bus driver, and while I was really interested in the game, I knew nothing about mobas and didn’t know what I was doing. Eventually I started to grasp the core mechanics of the game, and understanding the hero’s kits and roles and improving as a player, and then Epic sent Paragon away to greener pastures. Russ and I went through a dark period where it felt like we had no gaming home, we even played fortnite for a few months, it was rough… Eventually I heard talk of a paragon successor coming from various different developers and it immediately had my attention. I remember being psyched reading the hero kits on PlayFault.com before EA launch. Since launch I’ve been a pretty regular player and it's been really cool watching the game improve and watching my buddy Russ’s stream grow. It's fun being a part of this community and recognizing so many players ingame.

Q) Who is your favorite Fault hero and why?

A) Narbash easily. He’s the kind of guy that treats his duo right. He heals, he peels, and only occasionally killsteals. His kit just feels perfect to me and he’s got my favorite character design out of all the heroes. While I know it may not be optimal, but I love popping T Aug’s active and Narb’s “March” ability at the same time to boost your team through the jungle for a nasty gank. It’s one of my favorite plays in Fault right now. I have yet to try, but I really want to run Jungle Narbash sometime and see how it works, solely so I can come sprinting through the shadow walls when I gank a lane.

Q) If people wanted to follow you for more awesome artworks, where would they find you?

A) You can always check out my website AlecWrightArt, it’s the biggest collective hub of my artwork, there’s even a scan of a 220 page long sketchbook I finished recently, free for you to flip through at your leisure! You can also check out my instagram, TheBozle, as well as my Twitter, Podrace_EXPLODE, although I haven’t been as active with my socials lately.

Q) Anything you’d want to say to the community while you’re in the spotlight?

A) Queue NA, watch Adventure Time, buy Digimon cards, and hop aboard the Russ Bus! Thanks for taking the time to listen to me ramble, I look forward to seeing everyone ingame, and can’t wait to see what’s coming next to Fault!